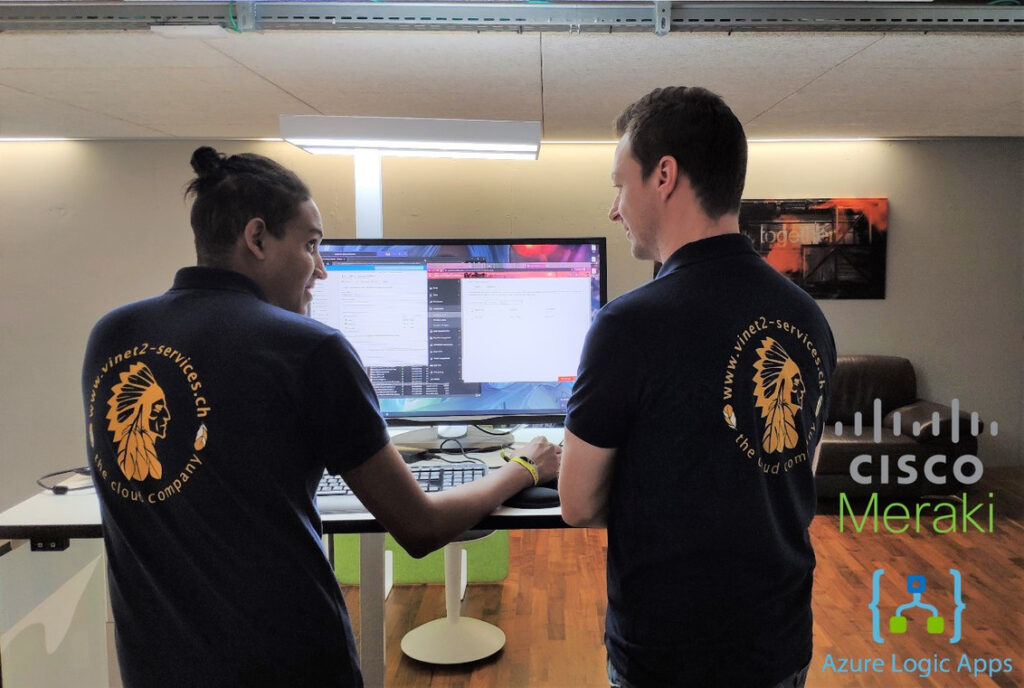 The power of the cloud is not only in its cost efficiency, simplicity, scalability, availability and security. The cloud outperforms onPremise solutions in other disciplines as well. With a bit of fantasy and know how and the power of APIs, cloud solutions give you more insight than onPrem solutions will ever be able to give you. At least not with heavy investments in your traditional stack.

If you’re in the cloud it is easy peasy, clicky clacky done. A PoC or “crash and burn” environment is setup in minutes and often free of charge for a test period. With a bit of fantasy you can leverage on cloud APIs without writing a single piece of code. But you also need to think out of the box to unleash all possibilities.

It is obvious that the “law of instrument” also known as “Maslows Hammer” will kick in, when you use OnPrem thinking and apply it to cloud technologies. If the only Instrument you have is a Hammer everything looks like a nail, right?

But now it is the time to put some other tools into your toolbox and to learn how to use them. And this needs flexibility, willingness to change and fantasy. It is easier said then done and the challenges have been broadly discussed in the industry under the term “bimodal IT”. One would think that IT people are per definition agile, innovative and adaptive to change. “Au contraire mon frere” would the Frenchman say. Off course we can not generalize, but already twenty years ago you found change resistance in IT being discussed in the ancient literature als known as books. And now in the era of digitalization, where it’s sait that all industries will be disrupted, IT organizations are being forced to change. But it is difficult when you have to support daily business and keeping the lights on and transform at the same time.

We see this at larger organizations on a daily basis. Not only customers have this challenge, also competitors are struggling, as they apply the Maslow Hammer to modern cloud solutions.

A recent example that we have seen is in the area of Meraki Cloud. Meraki is in a simple universe “cloud managed infrastructure”. A competitor has offered Managed Services based on Cisco Meraki. They have won the deal as they have already a proven track record with Managed Services based on Ciscos traditional network stack. Everything looked bright and shiny on the sales slide deck. But the sales crew made a classical mistake. They thought that onPrem equals to Cloud and so they oversold their capabilities.

During the transition phase they tried to apply their onPrem optimized systems and procedures to the cloud based Cisco Meraki environment. This was working rather badly than well. Maslows Hammer in this example has been ICMP and SNMP. Classic tools to monitor onPremise infrastructure. But when you check Cisco Merakis recommendation, the you will understand the problem: 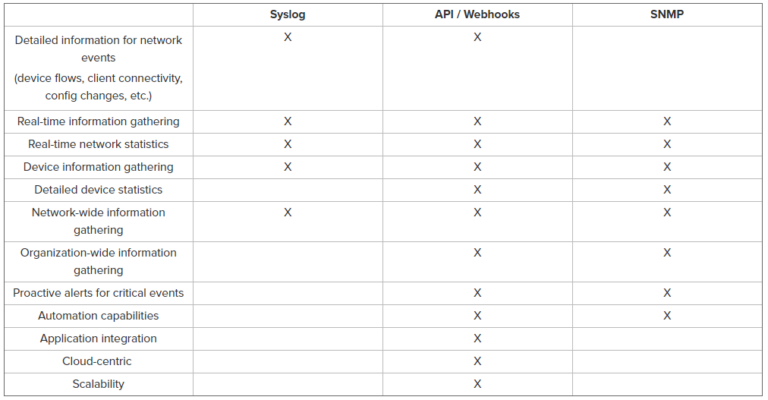 This only tells half of the story. Once you use cloud API, you can easily combine for instance Cisco Meraki API / Webhooks data with Microsoft Azure Logic Apps. No big infrastructure project has to be started. No complex firewall rules. Everything unlocked with API Keys and encrypted. Done in minutes without tearing a hole in the till.

Adding more puzzle pieces to get a more complete picture? Not a problem. Use Microsoft Power BI to slice and dice the data you gathered.

With our development center in Croatia we understand how to combine Infrastructure and API to even create tailor made solutions for you.

ViNET2 Services Ltd. is a fully cloud focused company without any legacy onPrem burden. Talk to us if you like to see things from a different perspective.